Celebrating and Sharing Nonfiction Research with Others

The Friday before our winter break, we celebrated the culmination of our nonfiction reading and research unit.  It was time for the mini-research clubs to teach others what they learned through their research and to share their new thinking with their classmates.  As Melanie shared in her previous post, audience is so important to writers.  It is equally important that writers know what their purpose is for their writing - is it to persuade, inform, or entertain?

Prior to working on their presentation, the mini-research clubs met to decide their purpose and audience. They had to think about: What do we want the reader to think, feel, and know?  Who will be reading, listening to, or viewing our research presentation and findings?  Once students identified their purpose and audience, they decided how they wanted to present their research and share their new thinking and learning with others.

Here are some of the ways the clubs decided to teach others about their research: 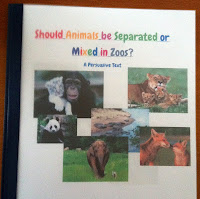 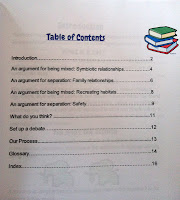 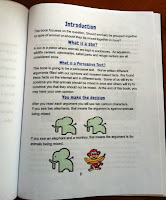 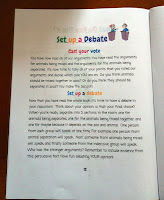 The research clubs that chose to write a book, read their book to the class during our read aloud time and immediately set up a chart for their read aloud just like I do each day - without any prompting from me!  They took turns reading aloud the parts of their book and writing on the chart and even had their classmates turn and talk and/or stop and jot - it was great! :)

The clubs became very passionate about their research throughout the process and voluntarily stayed in for recess to work on their projects, call resources to acquire more information, and collaborate with one another using Google Drive.  Students were deeply engaged in this research because they had choice, a purpose, and an audience.  Those are three critical components to increase student engagement - they wanted to work on this research!

Posted by Melanie Swider Wenz at 9:16 AM