Gearing up for our March Madness Book Edition!

Last year, in the month of March, my class participated in March Madness Book Edition - click here to read my posts about the process of creating the brackets and voting.

This year, I decided to start the process earlier so my students could have time to read the books they haven't read yet so they are able to vote for more books in March as we narrow it down from 32 books to 1! To begin, my class brainstormed a list of their favorite books.  Then we began voting on the books from that large list to narrow it down to our top 32 books. 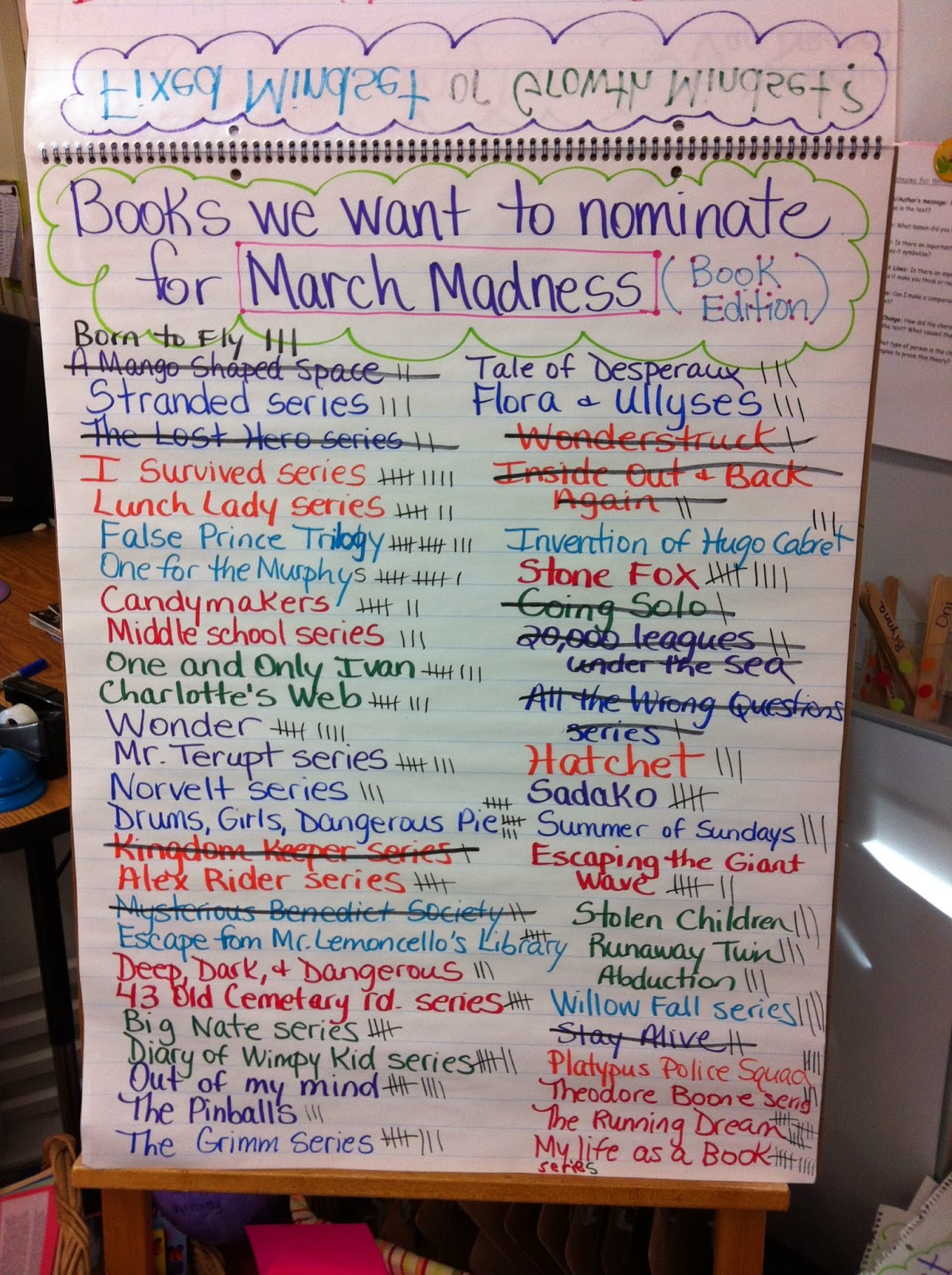 I began using tally marks like I did last year at this point in the process, but then decided to try creating a form on Google Drive for the survey.  I typed in the list of books and shared the form with the students so they could vote on their favorite books they wanted to nominate.  Once all students completed the survey, I printed out the results and a group of students highlighted the 32 titles that had the most votes.  Then a group of students paired up the book matches based on their votes so they were fair matches, but not too close that it would knock out a #1 book in the first round. 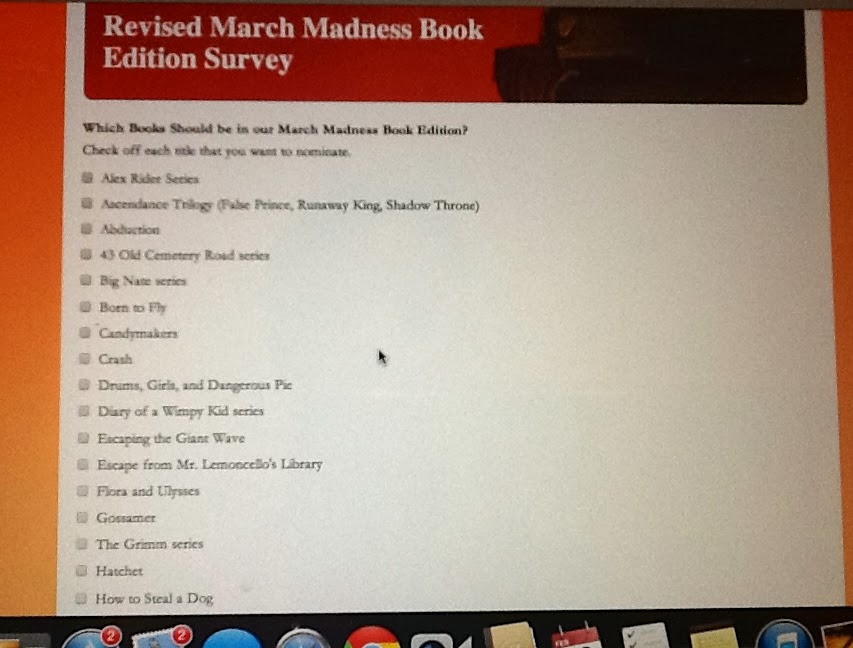 Once the students made the matches, I had another group of students create the large chart with the brackets and we wrote in the titles of the books.  I used post-its to mark the different levels: 32 books nominated; Sweet Sixteen; Elite Eight; Final Four; Championship.  The students have been using this chart to choose books to read and create TBR stacks in preparation for our voting that will begin the first week of March! 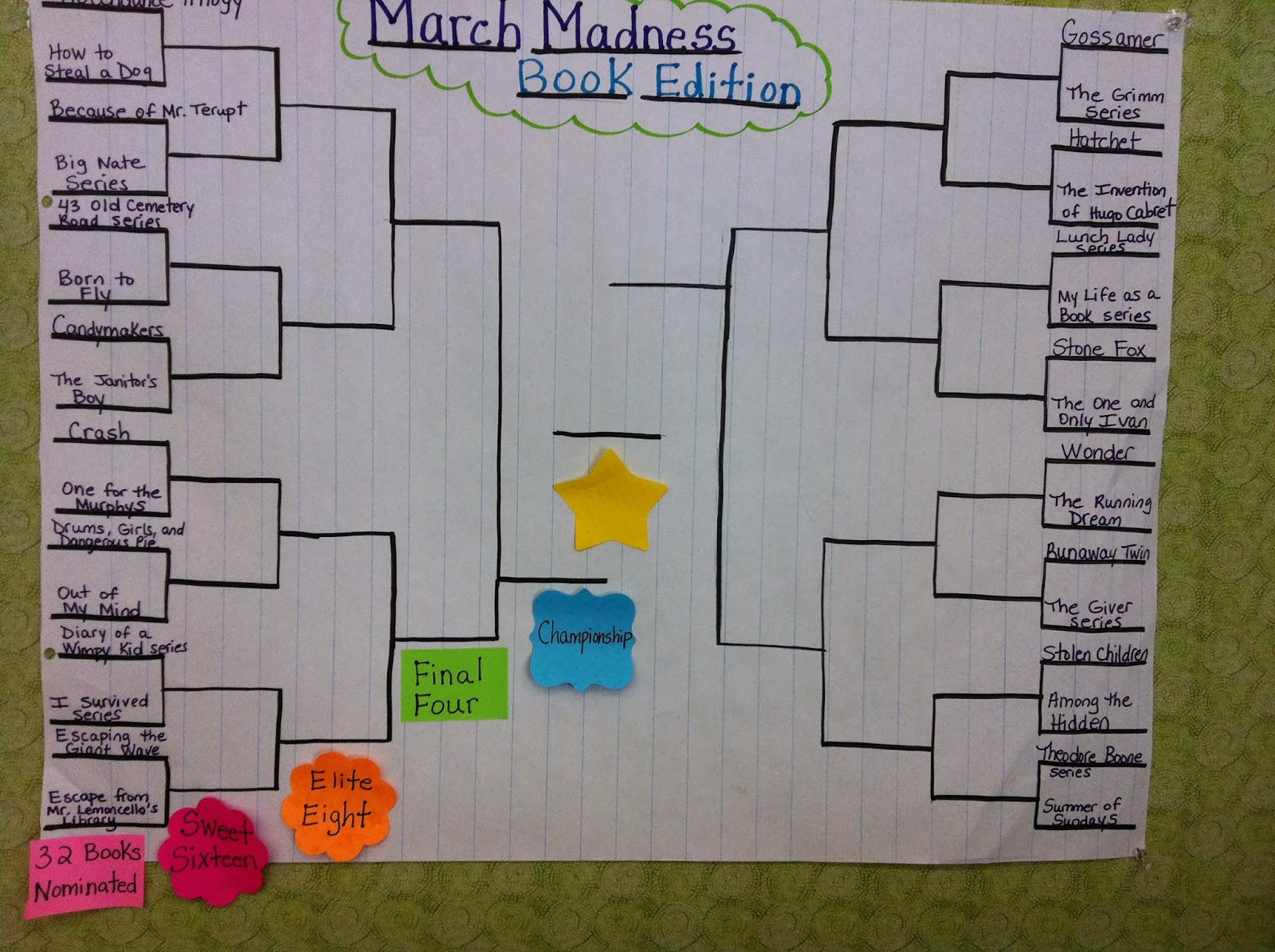 Stay tuned to hear the results throughout our March Madness Book Edition!