This month, my class is participating in our very own March Madness Book Edition!  Click here to read posts I have written in the past about the process of selecting books and voting during March Madness.

Last week, we narrowed down our 32 books to our Sweet Sixteen! I used Google Forms to create a survey for students to vote for their favorite book in each bracket.  To vote, students checked off the box next to the book of their choice in each bracket. Below is a photo of one section of the voting form. 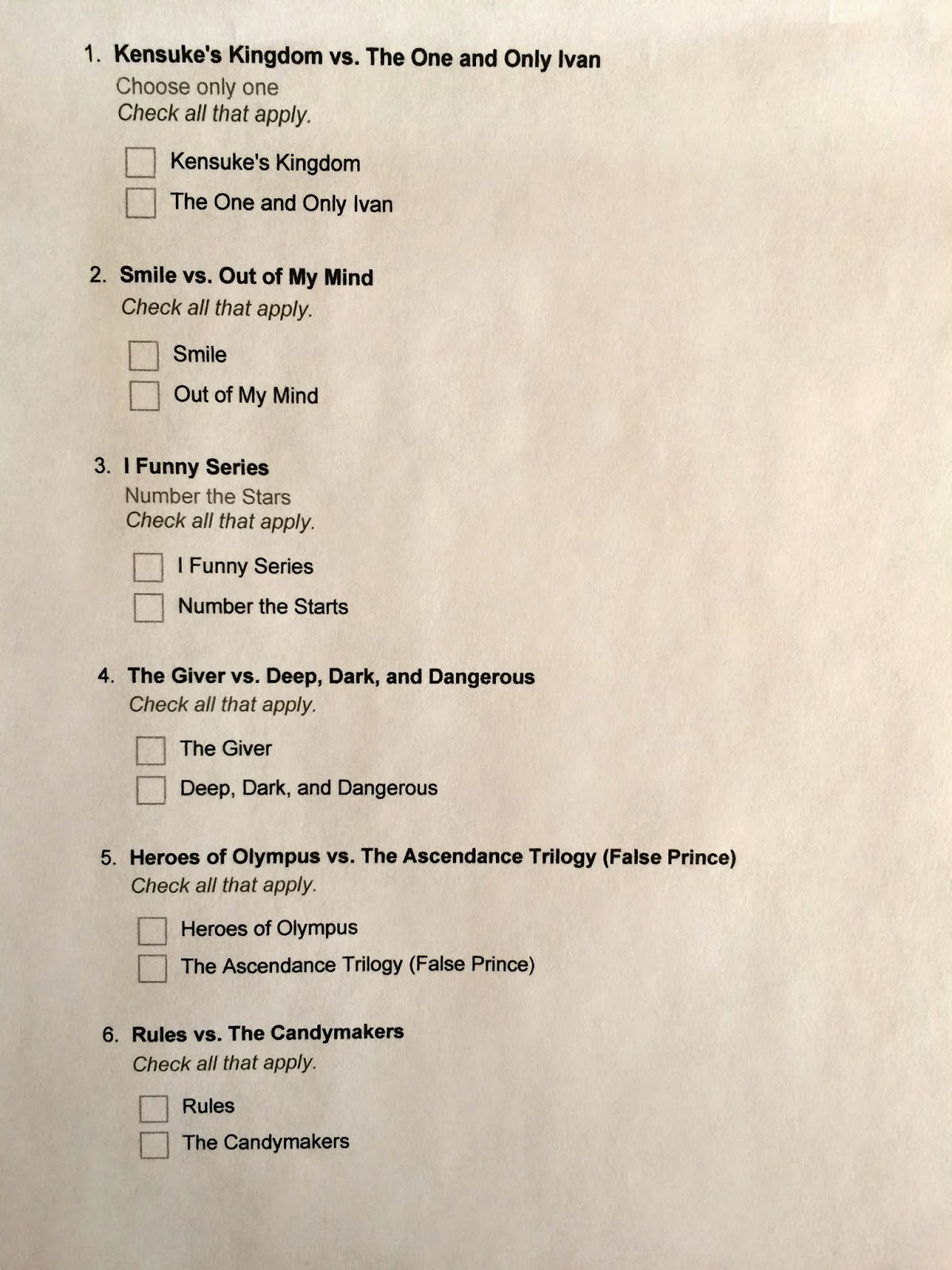 When they finished voting, they clicked "submit form" and I received the results.  Students were also able to see the results too once they hit the submit button and they loved seeing the bar graphs for each bracket to see if their book was winning!  Below is a photo of one page of results that students received on their screen after submitting their form. 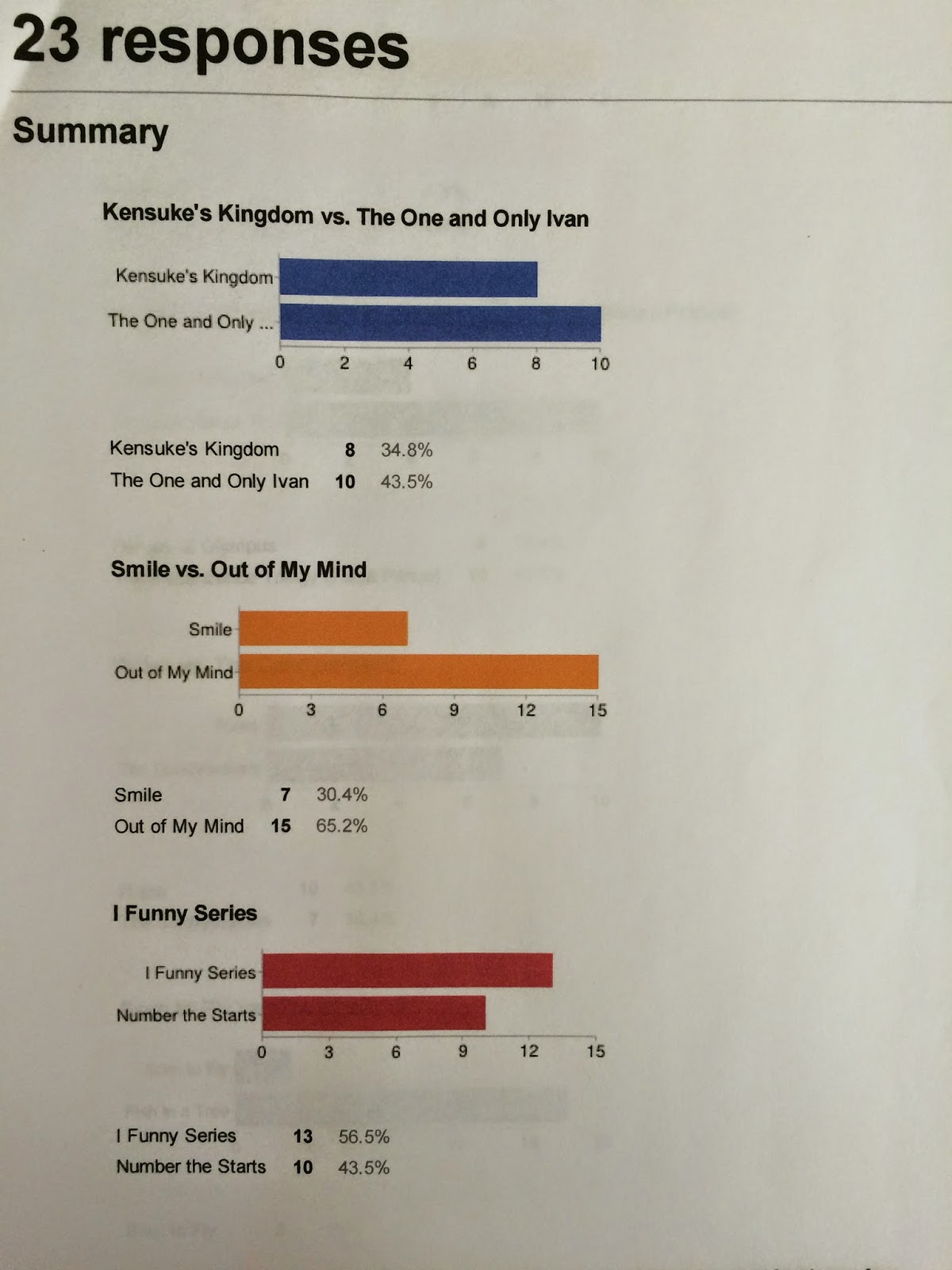 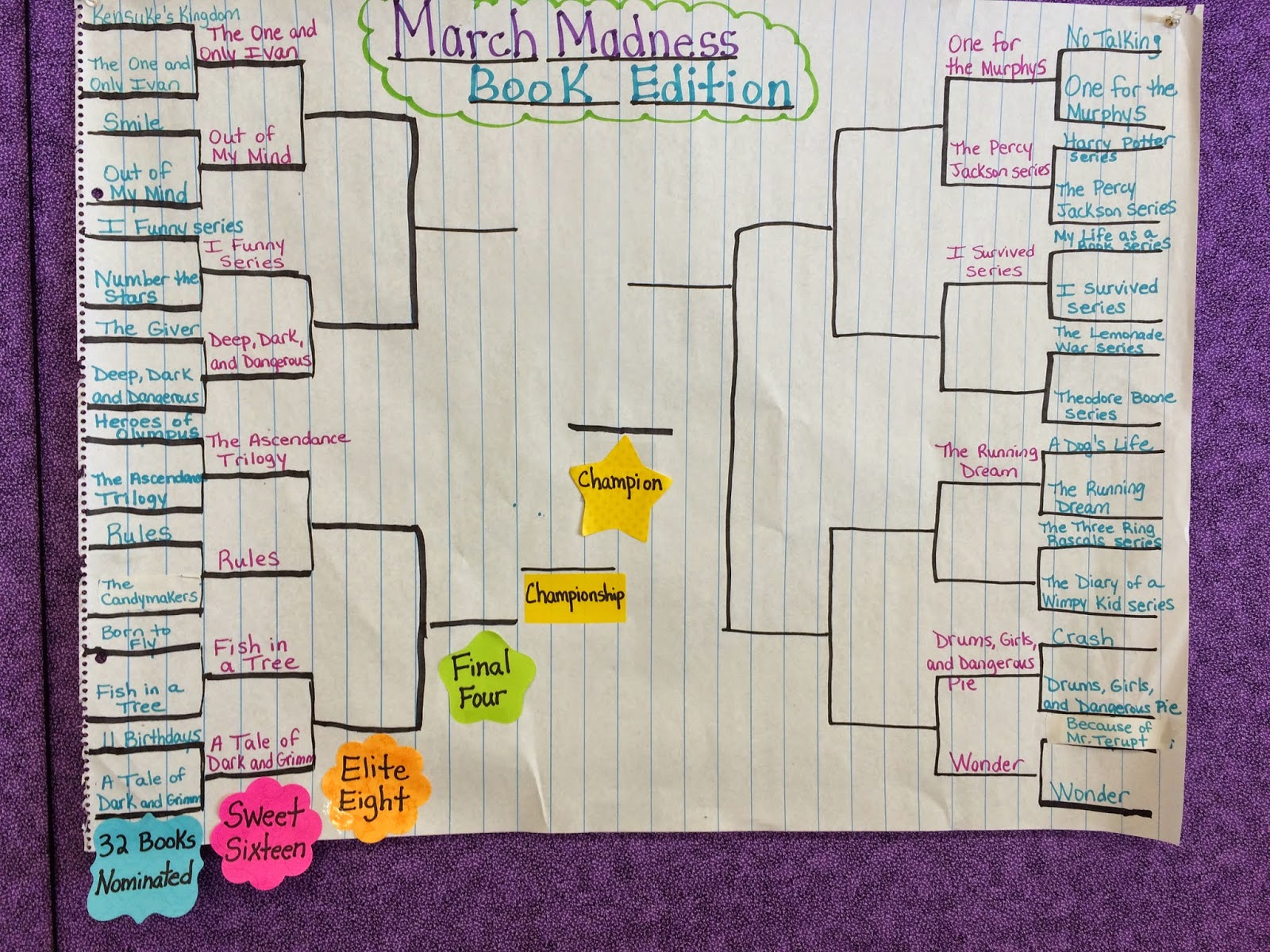 This week we will vote to see which titles will move on to the Elite Eight! Stay tuned!

Posted by Melanie Swider Wenz at 8:33 AM